Well there is bad news and good news.
It looks as though the Morris County Housing Subcommittee will not be recommending Denville to receive a Grant for River Desnagging.
This is extremely disappointing and surprising. We are still investigating why we are not going to be recommended for the Freeholders to approve.
but....
There have been other major developments. Freeholder Director Chegwidden is meeting with Mayor Andes tomorrow morning. They have been working on a way to complete the project despite not receiving the Grant. They have arranged to get all the upstream Mayor's together to discuss an immediate plan. I spoke with Freeholder Director Chegwidden tonight and he said that he is very sympathetic to Denville's problem and is committing to working with Denville to still get this done. He believes even without the Grant money, the surrounding towns and County can complete this project. To ask the Freeholders to reject an independent Subcommittee's recommendation because Denville was not a recipient of the aid, would be nearly impossible. Although he is very sympathetic to Denville's issue, never have Freeholders voted against an independent non-political subcommittee awarding Federal money. He thinks that would not solve anything. But he is committed to getting the project done even without he Grant.
However,.....
we still need to show support. I will still attend the Freeholders Public Meeting this Weds, March 28th, at 7:30 pm and will speak during the public portion. I will thank them in advance for their support of somehow aiding Denville but I will also remind them how important our cause is.
While I believe we will have Freeholder Chegwidden, Freeholder Feyl, Freeholder Murphy and Freeholder Cabana's support, we need to have a majority of the board. There are no guarantees and we need to respectfully continue to urge County support for our flood mitigation plans.
I hope and encourage any willing residents to come and express the same, either at this Wednesday's meeting, by phone, mail or at future meetings. (see http://www.co.morris.nj.us/freeholders/publicmeetings.asp for more information) We need to constantly and respectfully voice our concerns to our elected officials. I plan to do that and hope you can as well. I am doing this as a Denville resident and concerned neighbor, not just an elected official.
If you have any questions or need more information, let me know. I will post updated to my website (http://www.councilmanfitzpatrick.com) and my Facebook page (http://www.facebook.com/pages/Gene-Fitzpatrick/50108310378) I hope you can join me at the meeting on Wednesday.
Posted by Gene Fitzpatrick at 8:53 AM 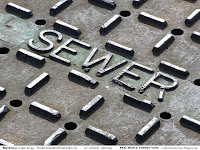 On February 14th, the Denville Township Council was asked to approve or deny the final assessment of the latest phase of the Township sewer project. The project was initiated many years ago and the Council last Tuesday was only deciding about whether the current assessment for each property was fairly done.

I was not on the Council when the project was initiated. Actually, only one current Council Member was. So during this meeting I was not making any decision regarding how the project came about or whether or not the process was the best route. We were simply deciding if the assessments of the final project were correct.

There was a citizen advisory board for the project to watch over the assessor and assessment company. We heard a lot of feedback from many current residents regarding the project and the assessment but I felt that all questions were answered. If there are any outstanding issues, there is an appeal process through the courts. For the most part it appeared that things were in order. Most importantly I gave great value to the Citizen Advisory Board. It was made up of citizens that were understanding of other residents. There testimony was powerful. There were huge problems with the sewer project and how it was communicated to residents but this assessment was fair when applying it to the project. And that was what the Council was voting on Tuesday, February 14th.

The Council unanimously approved the assessment. This was not an approval of all of the components of the project but only on the assessment aspect. Any residents that still have a dispute with that assessment, which didn't appeared to be a relatively small amount, have a legal avenue to still appeal and should proceed in that way. I have faith that the court system would honor any appeal that presented a clear case.

Posted by Gene Fitzpatrick at 1:06 PM