What's Being Built on Route 53? - My Perpsective 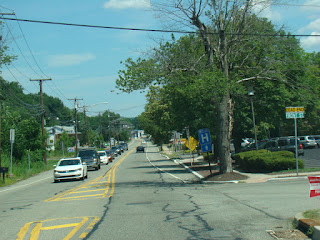 ARE APARTMENTS BEING BUILT?
Not necessarily and not for a while and NOT 100.  That has never been discussed.  Early ideas were around 57-60 units and even that is not approved yet.   From this Councilperson's perspective, I (and the rest of the Council) have only approved the area, where the abandoned printing facility on Route 53 is, be submitted as a "Rehabilitation Area".    There will be many public meetings, proposals, reviews and more over the next few years to determine.  ALSO THE REASON WHY THIS IS EVEN A CONSIDERATION IS THE NJ COURTS ARE FORCING TOWNS TO DEVELOP TO ALLOW FOR AFFORDABLE HOUSING OBLIGATIONS which is incredibly frustrating and we have a right to be angry.  Denville believes we have met our "Fair Share" housing obligation but the FAIR SHARE HOUSING COUCIL is claiming we need another 1313 affordable units (which mean over 6000 total units. It's INSANE)  We are waiting for the courts to decide but in order to keep from being sued by developers (who can sue to develop anywhere they want to any density), we have to keep "moving forward" to a plan.  The court's have not determined what "moving forward" means.

WHAT DOES "REHABILITATION" MEAN?
The state allows us certain advantages for redevelopment.  I approve of allowing that area to have "redevelopment".  Currently, another factory could open up there tomorrow without requiring any approval.  They could come in and have 150 employees going in and out each day.  So at some point there will be something built there again.  I believe it's best for us to insure it can be the right fit for our town and options where we can have certain requirements.

WHAT ABOUT TRAFFIC?
A MAJOR concern for me.  Traffic on 53 is horrible.  I need to see more traffic studies on how a development there will work.  But again, a factory could open up there tomorrow without any approval and supply 150 people commuting in and out of town everyday.  Traffic is going to get worse everywhere in our state.  And Route 53 will be a challenge especially when something is developed in Morris Plains where the old Warner Lambert facility was. We have more people in this area overall.  The challenge is finding the balance of good traffic flow.  I'm committed to finding that.  Can NJ expand Route 53?  Can we re-route traffic a certain way?  That's what I am hoping to find out and may be contingent on whether I would support this project going forward.

ISN'T THE MT TABOR TRAIN STATION GOING AWAY?
NJ Transit has mentioned it but nothing is official and a new residential area at the station could affect the decision.

WON'T IT BE MORE KIDS IN SCHOOLS?
This is an important question that needs to be answered. Another one, how much will any development affect other Township resources?  Although traditionally, transit villages have had less of an effect to those resources.  I still need to see more info. And again, the total number of units seen so far was around 57-60.

WHAT'S THIS ABOUT AFFORDABLE HOUSING?
Essentially this is the only reason the rehabilitation area and a POSSIBLE transit village complex is even being remotely considered.  DENVILLE IS BEING FORCED BY NJ COURTS TO BUILD A SPECIFIC NUMBER OF AFFORDABLE HOUSING UNITS.  Blame the NJ legislatures, blame the Governor-The NJ Council on Affordable Housing has done nothing to provide guidance to municpalitieis trying to accommodate fair housing. Now the NJ Courts are telling towns how many affordable housing units they need to build but unclear direction on how that formula is being calculated.  A "possible" complex would satisfy some of those obligations due to various factors even though many of the units will be higher priced models.  DENVILLE RESIDENTS SHOULD BE FURIOUS ABOUT THIS AS AM I.   I will be speaking more on this and looking for residents to help us find solutions to combat this.  We have provided the courts our estimate of what we think is a fair obligation and we are awaiting their response. ARE THESE ALL AFFORDABLE HOUSING?  ARE THEY "PROJECTS"?
No.  Only 8-9 of potentially 57-60 are affordable.  However, those will count double to our affordable housing requirements.  No developer wants to just build affordable units because they want to make money.  Plus, it is wrong and unfair to stick all affordable units and their residents into one complex.  That would essentially be "project" housing which in my opinion is almost unconstitutional. They should be able to have the same quality access to a community.   However, in order to accommodate for potential what the NJ Courts will mandate our affordable unit requirements to be, developers will want to build many non-affordable units.  For every affordable unit the state requires us to build, expect a developer to build 5 higher end units.

WHY BUILD THEM THERE?
We can't dictate to a developer where he wants to build a property but we do have a Master Plan and we do zone areas of our town.  There is not much space left in Denville to build something new.  However, there are places where commercial establishments once were they are zoned for development.  Route 53 is one of those areas.  Keep in mind that an industrial/commercial property could open up in this same location tomorrow and add 150 cars to rush hour traffic along Route 53 and they would not need any approval.  That's why a residential property and rehabilitation zone should be considered.  With that, our Township can specify certain improvements to the area.  We can request certain requirements for parking, sidewalk, traffic flow and more. 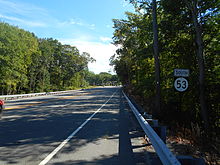 IS THIS CORRUPT GOVERNMENT?
First, remember Denville's review of this possible scenario is still just a review. This will take years. Every mention of the proposed area has been done in public meetings.  The Council is made up of volunteers.  I personally have absolutely nothing to gain by a development being built in that area.  As a matter of fact, as a resident who commutes that route every day, I am EXTREMELY concerned about the potential traffic.  Although I do recognize that traffic is not going to get better on Route 53 and if the Township does nothing ever again on 53, more stores, shops and more commuters will still show up on this route.  Anybody who is charging that somehow "Denville officials" are getting some benefit from this is greatly misinformed and frankly a bit ignorant to how government functions.  I encourage all residents to come out to Town Council & Planning Board meetings and get involved.  We've actually had a few residents that have come with many good questions and suggestions.  Please don't just sit back and criticize decisions.  Instead, be part of the conversation and help the town make the right decisions.   Ultimately, no decision on this matter will be perfect but we have to plan something.
Posted by Gene Fitzpatrick at 11:22 AM